“You are growing into consciousness, and my wish for you is that you feel no need to constrict yourself to make other people comfortable.” ― Ta-Nehisi Coates

At midday the chic neighborhood coffee shop was overflowing with people. The last time that I had been in there were only a handful of people who had ventured in alone to work on their laptops, but this time there were families with multiple children squeezed into every table. There were echoes of screams over not wanting to sit in high chairs and silverware was repeatedly thrust at the ground. At some point I overheard two moms making tentative plans that neither were intent on seeing through. Nearly every conversation was interrupted by one-upmanship—“it’s so great that Olivia is starting pre-k in Atwater, Clara is going to be going to pre-k in West Hollywood, it’s the best public school.”

This microcosm of Los Angeles made my skin crawl. The concern with appearances and no one’s shit stinking reminded me of the worst aspects of high school. The facades were cracking as they grinned though their cold lattes, their child’s piercing screams like nails on a chalkboard. Perhaps they read in Goop that good parents let their kids express themselves, even if it was by throwing a tantrum over not getting to pick at a stranger’s food. As I silently sat there having opinions about lives that I don’t understand, it forced me to consider what it was about all of this that made me so uncomfortable.

Though I hate to admit it, a small layer of grime has built up on all of the things around me. I’ve fallen into a holding pattern of waiting for things to happen because I don’t know where to start. I work my day jobs, schedule social outings, start and abandon creative projects, and I fail to set aside downtime for myself. Often while rushing from one thing to the next I daydream about slowing down without ever making any true effort to do so. The way that I’ve filled up my days has allowed for a level of neglect in all things. Some days I look around my room and wonder when the mountain of clothes appeared on my couch or how there’s already a full head worth of hair on my bathroom floor. Plus this past week my body has been an utter asshole, being achy and sore and refusing to fully shake this off—perhaps this is my body’s way of telling me that it’s time for a break.

This build up is also in part a result of my present situation, which I have labeled “temporary.” Of-course any Buddhist will point out that everything in life is temporary, but I keep waiting for the more “permanent phase” of my life to begin. My version of putting down roots means having a home that feels like a home, a career that allows me to play, and a partner that I can’t easily sum up. Why do I feel the need for everything to fall in order before I start taking steps towards what I want long term? Pretty sure that’s the opposite of what any financial advisor would suggest. So I know what I’d like to do first, but I’m not ready to put it out into the world just yet, there are a lot of moving parts. Baby steps for this stubborn Capricorn.

That morning at the coffee shop, the lot of us congregated like it was Sunday mass, we were not sharing the experience of being there. Instead of enjoying the straight out of Kinfolk magazine décor and waking up to such a beautiful day, we were all collectively trying to spin the narrative we ourselves wanted to believe about our lives. I had moments of being present to what I was there for, but I was equally as aware on my passing judgments that were really just an extension of everything that I don’t want for myself. Of-course focusing on what you don’t want is a pretty negative way of framing things, ain’t it? 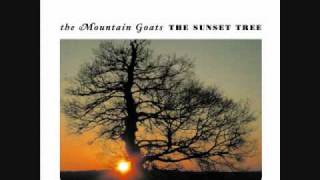